So my roommate at the Agent Education Program and fellow Magical Vacations by Me agent decided we would attempt to do all 6 parks in one day.  As part of the program we were give a 5 Park Hopper and Water Park Fun & More comp ticket.  We both have annual passes so we really did not need this ticket but both decided we would try to check out the water parks sometime during our stay since our annual passes do not grant us admission to the water parks.  I have only been to Typhoon Lagoon and it was a long time ago and my roommate had never been to either.  Well, our idea quickly developed into visiting all four theme parks and two water parks in one day.  The description of the ticket in our AEP welcome

packet made it sound like we could only visit one water park using this ticket so we had to settle for 5 parks in one day…still a lofty goal.  Luckily, had acquired a number of special fastpasses good for any attraction and we had some for every park.  These were given to us to use during our travel agent training and several of the agents did not use all of them and graciously gave them to us before they left.

We were upgraded to a family suite in Art of Animation for Saturday night because of some difficulty checking in the night before so first thing in the morning we went and checked into our new room.  Luckily they had an available room ready so we took our bags up and our adventures began.

We made our way to Hollywood Studios since it had morning extra magic hours and opened at 8am.  Checking in beforehand put us behind a half hour so we did not make it into the park until 8:30.  We decided on the bus ride over that to make this legit, we had to do at least 3 attractions in each park.  Upon arriving to Hollywood Studios we made our way to Toy Story Mania but noticed on the sign at the corner of Hollywood and Sunset Blvd that Toy Story was down. 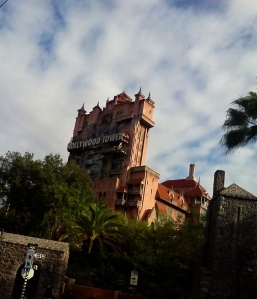 We immediately diverged to Rockin’ Rocker Coaster.  We could have done single rider line here but decided to use one of our fastpasses.  The fastpasses we had for Hollywood Studios was good for up to 5 guests so we just used one and invite a few people to skip the standby line with us.  Then we jumped over to Tower of Terror.  After finishing up on Sunset Blvd, we glanced at the board again and Toy Story was still down so we shot over to Echo Lake and rode Star Tours.  Before making our way back to the front of the park we check on Toy Story and it was back up so we used another fastpass to play!  Hollywood Studios: check!

We finished up Hollywood Studios a little after 10am so the water parks just opened.  We made our way to Blizzard Beach.  Of course we had to start with Summit Plummet and then of course we had to do it again!  I didn’t realize the first time that it clocked your speed!  I had my roommate watch for my speed the second time.  40 mph!  We then did two other slides and I grabbed by camera and ran around snapping a few 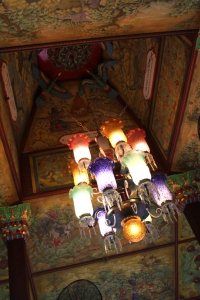 photos.  Before leaving the park we asked guest services if our ticket would get us into Typhoon Lagoon and they confirmed it would!  Change of itinerary!  6 parks in 1 day!

Since Animal Kingdom was right next door we caught a bus over there and did a loop starting with Dinosaur, then Expedition Everest, and finally Kali River Rapids.  I usually avoid Kali because I don’t like walking around wet but I still had my swimming shorts on and our plan was to hit Typhoon Lagoon next so we did it and we were the ones that got soaked!  We were both starving by this point and Flame Tree Barbeque was calling our name.

Transportation from Animal Kingdom to Typhoon was a little tricky.  We caught the first bus to a resort nearby Typhoon Lagoon, which may have been a mistake.  We caught a bus to Beach and Yacht Club when maybe we should have wait for a value resort bus.  Beach and Yacht Club have much nicer pools than value resorts so I think their guest would be less likely to visit a water park.  Another thing working against us was time.  It was after 4:15 and we were still waiting for a bus to the water park, which closes at 5pm.  We finally caught a bus and the driver, the cast member at the Typhoon Lagoon gate, and the locker rental counter all proceeded to remind us the park closes at 5.  This did not stop us or slow us down.  Of course there were no lines at all so we practically ran up the stairs of Crush n’ Gusher and rode all three slides!  We ran to Humunga Kowabunga and attempted one other slide but were halted, raft in hand.

We scurried out of the Lagoon and just missed the bus to Art of Animation because of some slow people blocking the walkway (or runway for us)!  We waited a good 10 minutes before a cast memeber came over and said they would have to shuttle us to Downtown Disney and we would have to take a bus to our resort from there because they would not be running buses from Typhoon Lagoon anymore.  They stop running buses 5 minutes after close?! 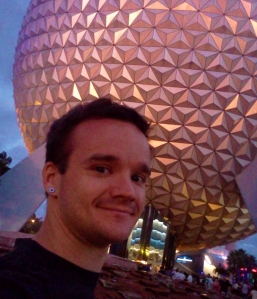 We then waited over 20 minutes in Downtown Disney for a bus back to Art of Animation!  This was frustrating but at this point we know we would be able to achieve our goal since Epcot was open until 10pm and Magic Kingdom was open until midnight.  We went back to the room and got cleaned up and went back to it!

In Epcot we used our fastpasses on Soarin’ and rode Mission Space Orange and Spaceship Earth on our way out to the Monorail.  At this point fatigue had begun to set in but we were on the home stretch!

We invited guest to join us for a go at Emperor Zurg on Buzz Lightyear’s Space Ranger Spin.  Then we continued our galactic journey on Space Mountain.  Our third attraction that made our adventure legit and complete (according to us) was the Wedway People Mover or Tomorrowland Transit Authority as some like to call it!  I nice, relaxing attraction to complete this tiring feat!  I also pushed on to ride Walt Disney’s Carousel of Progress and Splash Mountain before heading back to the resort to pass out!

It may have not been the most time effective touring and I try not to think about the total amount of time we spent in transit that day but it was totally worth it!  We had a blast and don’t regret it one bit but will probably not do it again!

Ready for your Walt Disney World grand tour?  Contact me for your FREE no obligation quote and for a chance to win a $500 Disney gift card!

Start planning your next magical vacation by contacting Magical Vacations by Me at (314)494-9166 or joey@magicalvacationsbyme.com

This entry was posted in Disney Geek. Bookmark the permalink.