I often see thrill seekers and roller coaster fiends scoff when Walt Disney World is mentioned in conversation and is usually followed with a phrase along the lines of, “Their roller coasters are boring.”  I quickly and politely remind them the Walt Disney company is and has never been in the business of thrills.  They are in the business of storytelling and sometimes the storytelling.  Now the storytelling may include some thrills at times but that is secondary at best.  Other “theme” parks do it quite opposite.  They build for thrills and then try to add in some story or theme where there is left over space.

Walt Disney World does such a great job of setting up and laying out the storyline of an attraction from your approach to the queue all the way through the exit.  Sometimes it’s obvious and sometimes you may have to work or even ask to understand what’s really going on in the attraction.  Despite Disney’s detail in their parks, there are some attractions and parts of Walt Disney World you will have a much great appreciation for if you have seen certain films beforehand.  So in this post I am going to highlight 10 films I think you should see before going to Walt Disney World.  So, in no particular order:

Beauty and the Beast

This became a must after the fantastic work the imagineers did in the Fantasyland expansion!  After adding two attractions (yes, I’m counting Be Our Guest Restaurant as an attraction) to Magic Kingdom, you simply cannot go to Walt Disney World without knowing this film.  The detail and references to the film in Enchanted Tales with Belle, Be Our Guest Restaurant and Gaston’s Tavern are phenomenal!  Let’s not forget the Beauty and the Beast Live on Stage and Belle and the Beast’s appearance in Fantasmic at Disney’s Hollywood Studios.

It’s rude to take a picture of someone’s house if you don’t know them so of course Cinderella is making this list.  Her castle is one of the most photographed buildings in the world so I’d highly suggest knowing her story before you walk through her house!  I am of course referring to the animated film from 1950.  I am not saying you shouldn’t see her new film that was released this year but other references around Magic Kingdom are going to make more sense if you have seen the 1950 film.

Next to Mickey Mouse himself, this man gets one of the most enthusiastic welcome from guests as he makes one of the most epic entrances to happen in all of Walt Disney World.  The man with the fedora and bullwhip is going to make much more sense if you have seen at least one of the films.  If you haven’t seen any of the films, riding The Great Movie Ride before seeing the Indiana Jones Epic Stunt Spectacular may help but I could not leave this legendary story off the list!

Snow White and the Seven Dwarfs

This is after all, the film that started it all and I am referring to animated feature films and the success of Walt Disney.  That should be enough reason to see it before setting foot in Walt Disney World but in case you need more reasons I can give you seven.  Doc, Grumpy, Happy, Sneezy, Bashful, Sleepy, Dopey, and their mine train……so I guess eight. 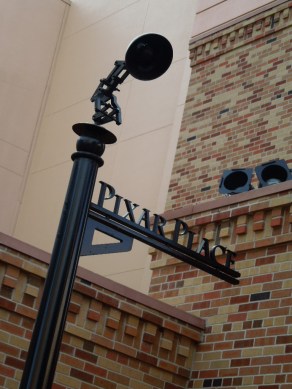 This is a softball here because this film inspired one of Walt Disney World’s most popular attractions, Toy Story Midway Mania.  The concept of this attraction is that you have been shrunk down to the size of a toy and are competing in midway games Andy’s toys set up while he is away.  How can you full understand what it’s like to be one of Andy’s toys without seeing Toy Story? Plus you may also need to help Buzz defeat the evil Emperor Zurg in Buzz Lightyear’s Space Ranger Spin in Magic Kingdom.  Staying in a certain section of Disney’s All Star Movies Resort will also make much more sense if you have seen the film as well.

Pirates of the Caribbean 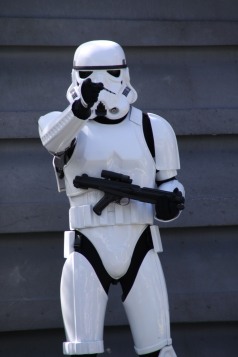 The Swiss Family Treehouse is actually what inspired this post.  My wife really enjoyed exploring the treehouse in Adventureland and I later found out she has never seen the movie!  I haven’t added this movie to my collection yet but luckily we caught it the day before Netflix stopped streaming so now she will have a greater appreciation for the detail and references in the banyan tree Disney dubbed a “Disneyodendron Eximus.”

This film has three attractions it inspired within Walt Disney World.  In Animal Kingdom’s Finding Nemo the Musical, the story is told very well for the amount of time they have so you don’t necessarily need to have seen the film for this attraction but you will definitely have a greater appreciation for performers if you have.  Turtle Talk the Crush and The Seas with Nemo & Friends will be easier to follow if you have seen the film.  Plus, let’s not forget the very nicely themed pool and family suites at Disney’s Art of Animation Resort!

Let’s face it.  Probably half of the guest attending Walt Disney World are there because their kids wanted to meet Anna and Elsa.  The Frozen phenomenon is unlike anything we have ever seen in the Disney community.  I have a difficult time recalling a film that not only had such great influence throughout the company and it’s fandom but also one that continued in such great popularity for such a substantial amount of time.  It will soon be one of the only films to be represented in an attraction in 3 of the 4 Walt Disney World theme parks.

I decided to only write about 10 so that obviously means some were left out.  Some intentionally and others unintentionally.  Some that I did leave out was not necessarily because they did not have great representation.  I either thought the story was told well enough in the attraction that seeing the film was not necessary or I just thought it was more necessary to see the 10 films I mentioned above.  So here are some of my honorable mentions:

Note, this was in no way a “top 10” list.  It is just a “10 list” because I had such a difficult time settling on 10.  I am sure there are some I have carelessly left out so feel free to leave those in the comments below!

Want a quote or ready to start planning your next trip? Send me a message through the contact page or call (314)494-9166 or email me directly at joey@magicalvacationsbyme.com

Also be sure to check out current promotions for Disney vacations on the Promos and Special Offers page.